You are here: Home / Uncategorized /

Melbourne – People for the Ethical Treatment of Animals (PETA) has joined forces with the Coalition for the Protection of Racehorses (CPR) today to protest against the Melbourne Cup. A group of protestors staged a Squid Game themed bloody scene outside the gates of Flemington, carrying signs reading, “You Are The Horses” and “We Gamble On Your Lives”, drawing a link between the plot of the movie and the way in which horses are treated in the cruel horse-racing industry. 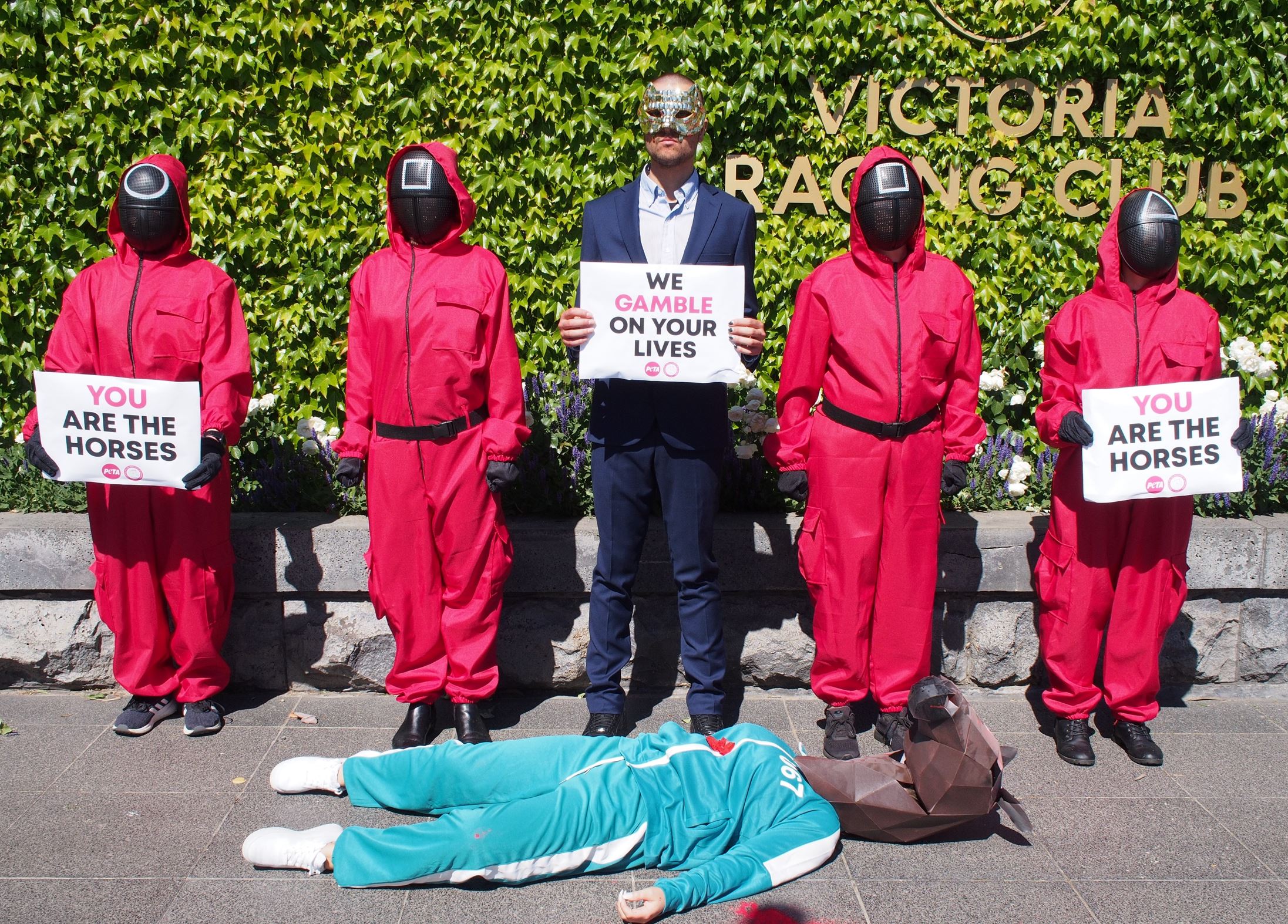 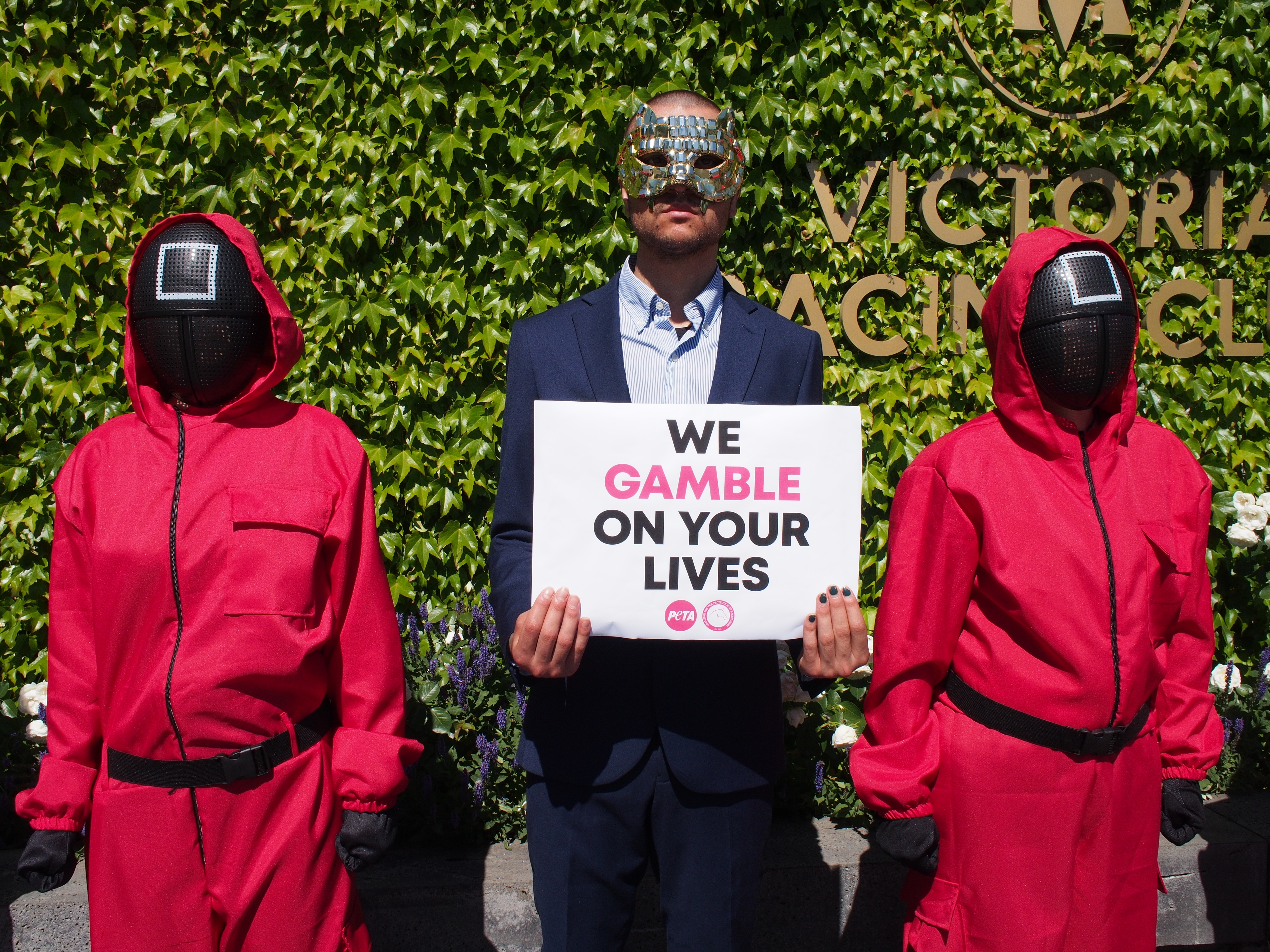 Photos of the demonstration are available here.

“In Squid Game, the game participants’ lives are gambled on, but at least they get to choose whether they want to play or not,” says PETA Campaigns Advisor Mimi Bekhechi. “Horses used in the Melbourne Cup are forced to race, whipped to the finish line, and discarded when no longer profitable.”

“Much like the way participants in Squid Game are shot on the spot or fall to their deaths in the middle of games, horses used to race in the industry often collapse and die or are killed right on the track,” says CPR Communications Director Kristin Leigh.  “They are not treated as living, feelings beings, but rather as objects used for the amusement and profits of those more powerful than them.”

According to CPR’s Deathwatch, 149 horses died on Australian tracks between August 2020 and July 2021 – that’s one every two and a half days. Read the full report here.

“The racing industry is stepping up the marketing propaganda machine even more this year, with expensive advertisments aimed at reassuring the public that the horses being used in the three main Spring Carnival races will be protected by ‘a new global safety benchmark’ yet for the thousands of other races that take place across the rest of the year, nothing has changed. This further proves that it is public perception the industry cares about, not the horses” Ms Leigh said.

“At the Melbourne Cup and in every other race across the country, horses will be beaten with a whip, have their tongues tied and be pushed well beyond their limits. The vast majority will then be discarded for not being fast enough. Like the participants in Squid Game, they are literally running for their lives and often dyingi n the process” Ms Leigh said.

A two-year investigation, exposed by the ABC’s 7:30 in 2019 revealed approximately 5,000 racehorses are being sent to Meramist slaughterhouse each year, for the overseas human consumption trade. Thousands more are killed at Australian knackeries for pet food. More here.