You are here: Home / Uncategorized /

“Many New Zealanders will agree jumps racing is a cruel and unnecessary practice,” said a spokesperson for CPR NZ, Frances Baker.

“Jumps racing was banned on cruelty grounds in NSW decades ago, so why is this carnage still taking place in progressive New Zealand, a country of animal lovers? This blood sport forces 500kg horses to jump hurdles whilst travelling at high speeds and being flogged by the jockey on their back” she said. “Many in the racing industry are even against this barbaric practice”. 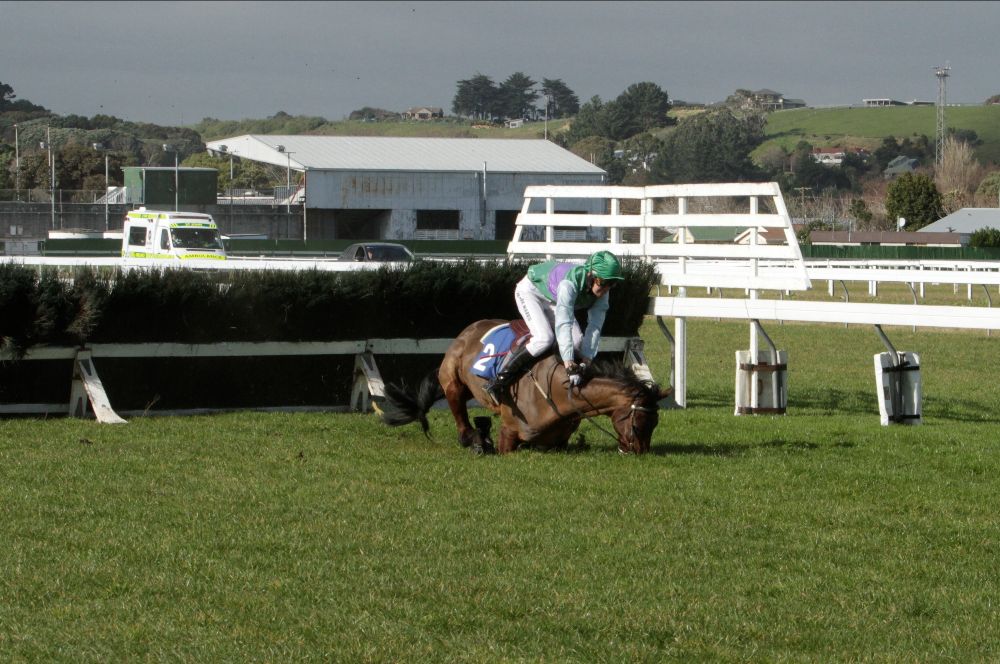 “In Australia, sponsors have been pulling out of their partnership with the Oakbank Carnival after CPR’s campaign educated the public on the horrors that occur at a jumps event. This has even caused a decline in revenue for Australian events because the younger generation are starting to understand the inherent cruelty that’s involved.” Read more here.

“Recently, we contacted the sponsors of Wellington Racing Club, Jennian Homes and Woodridge Homes to challenge them on their partnership with the Club. We appreciate that Jennian Homes took the time to meet with us personally to hear our views and we hope that after exposing the truth on horse racing overall, that they will discontinue contributing towards animal cruelty. Despite numerous attempts to engage with Woodridge Homes, they have refused to respond to us. It is important for the public to know that it’s not OK to sponsor animal abuse.”

“Four horses were reported to have been killed in the 2020 NZ jumps racing season. Many more suffered painful injuries and have not been seen on the racetrack since. Just watch our jumps video from last year; you will agree with what many people are thinking, that it is carnage.”

“We need people to join us in calling out this brutal animal abuse in the name of gambling profits and entertainment,” she said. “It is completely unacceptable that this poor excuse for a sport continues.”

Supporters can also plan their own protests at their local tracks. CPR will provide support.

On the eve of New Zealand’s jumps season, a horse was killed at a jumps race in Warrnambool Australia. Media release including video footage available here.